The Most Haunted Places To Stay In Texas

Texas is home to many historical hotels, some of which are said to be haunted. Check into one of these haunted hotels, and you may not be spending the night alone! Imagine falling asleep and feeling the blankets being tugged at your feet? Some guests in these hotels have even seen objects move on their own. It doesn't have to be Halloween to appreciate the creepiness of a spooky hotel. If you don't see or hear anything strange, you'll surely be able to enjoy the rich history in some of these properties. However, if you're looking for a possible spook, these are some of the most haunted places to stay in Texas. 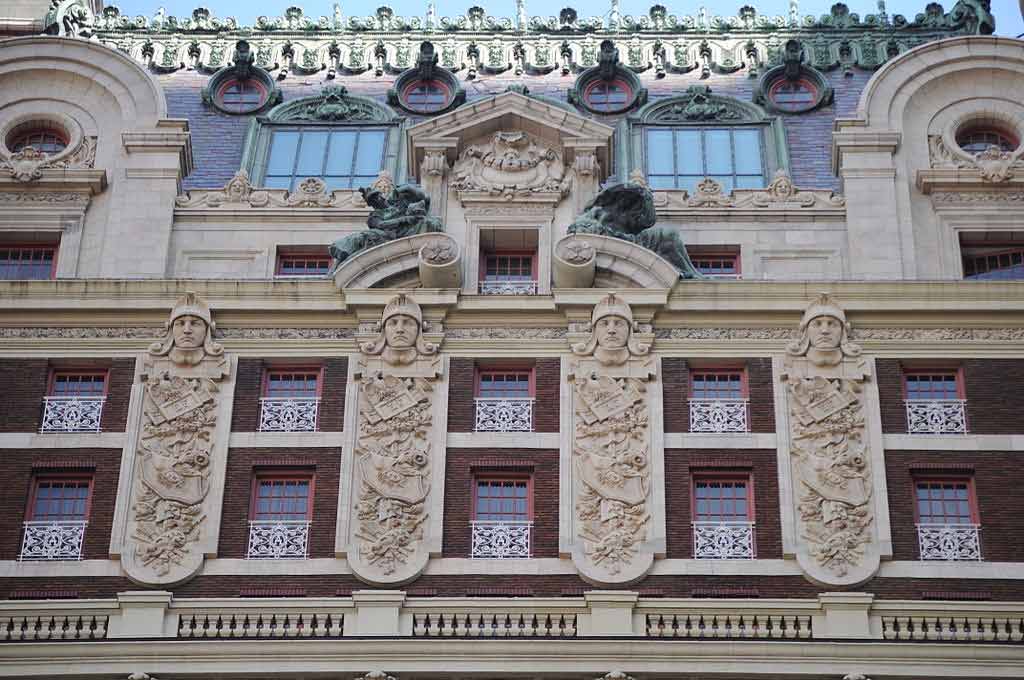 The Adolphus hotel opened its doors October 5th of 1912. For several years the property was the tallest building in the state of Texas. There are several ghosts rumored to haunt the 19th floor of The Adolphus Hotel. The most popular resident ghost at this property is an abandoned bride who hung herself in the 1930s. Some guests have reported hearing strange music and seeing the elevators open and close on their own. Don’t believe it? Check out this eerie video and see for yourself.

Book A Room At The Adolphus

So creepy! This is definitely one of the most haunted places to stay in Texas! 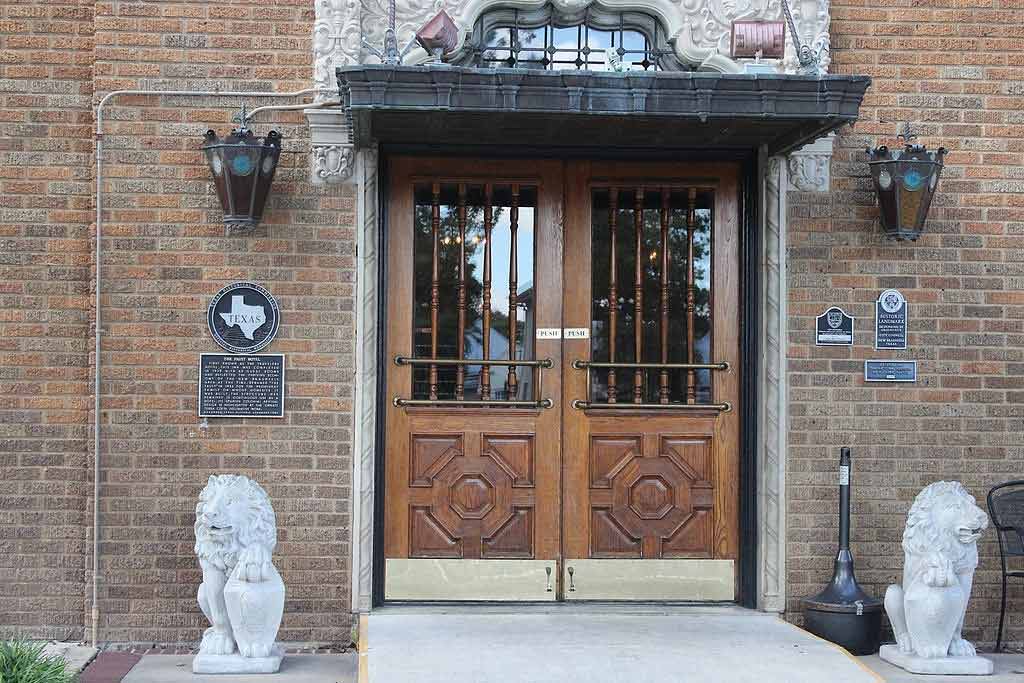 Many guests and employees have shared their spooky ghost stories about the Faust Hotel in New Braunfels, Texas. Some people have seen the figure of a man in a black trench coat and hat wandering the property. It’s speculated this apparition may be the ghost of Walter Faust, the previous owner. Perhaps he is just looking to greet the guests who stay at his establishment? Others have reported hearing the sounds of children giggling and playing in the hallways. If you're looking to book a spooky room at The Faust, the second floor is said to have a high level of paranormal activity.

Book A Room At The Faust 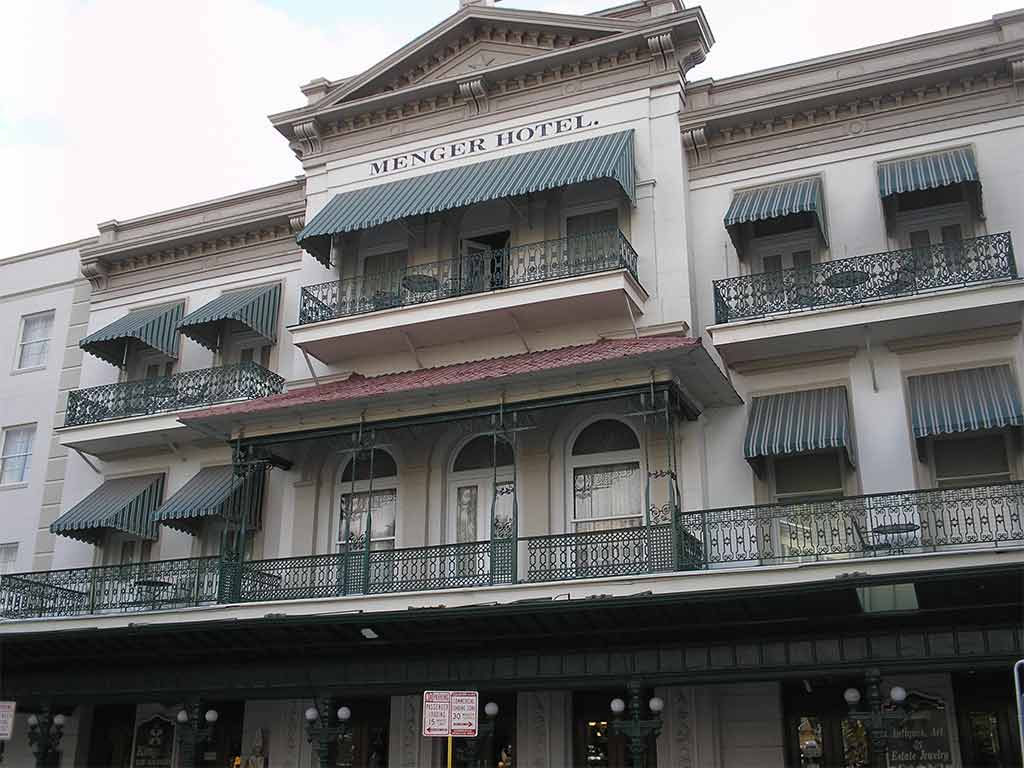 Open since 1859, The Menger Hotel is unofficially known as the most haunted hotel in Texas. The historical property has accommodated several famous guests, including Theodore Roosevelt, Ulysses Grant, and Richard Nixon. Over 38 different spirits are said to creep the halls. The Menger Hotel embraces its spooky reputation and they even offer some haunted hotel packages. If you’re looking for some spooky company during your visit, ask to stay in one of the haunted rooms. Even if you don't encounter anything paranormal, you'll still enjoy your visit. The Menger Hotel is absolutely gorgeous!

Book A Room At The Menger 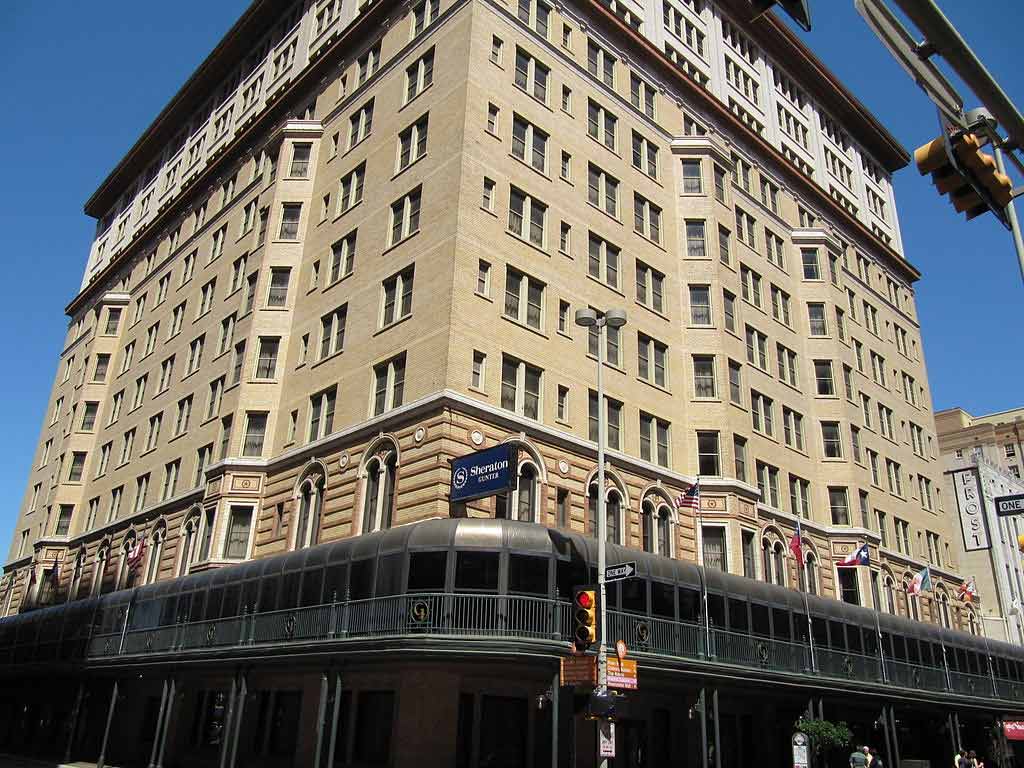 In February 1965, a man by the name of Walter Emerick brutally murdered a woman in room 636 at The Sheraton Gunter Hotel. Some say the property is haunted by Emerick himself, while others believe the victim of the murder haunts the halls. Either way, you may be in for a spook during your stay. The property has been renovated and room 636 is now split into two separate guestrooms. If you’re looking to spend the night at the haunted Sheraton Gunter Hotel, ask for rooms 620 and 621.

Book A Room At The Sheraton Gunter 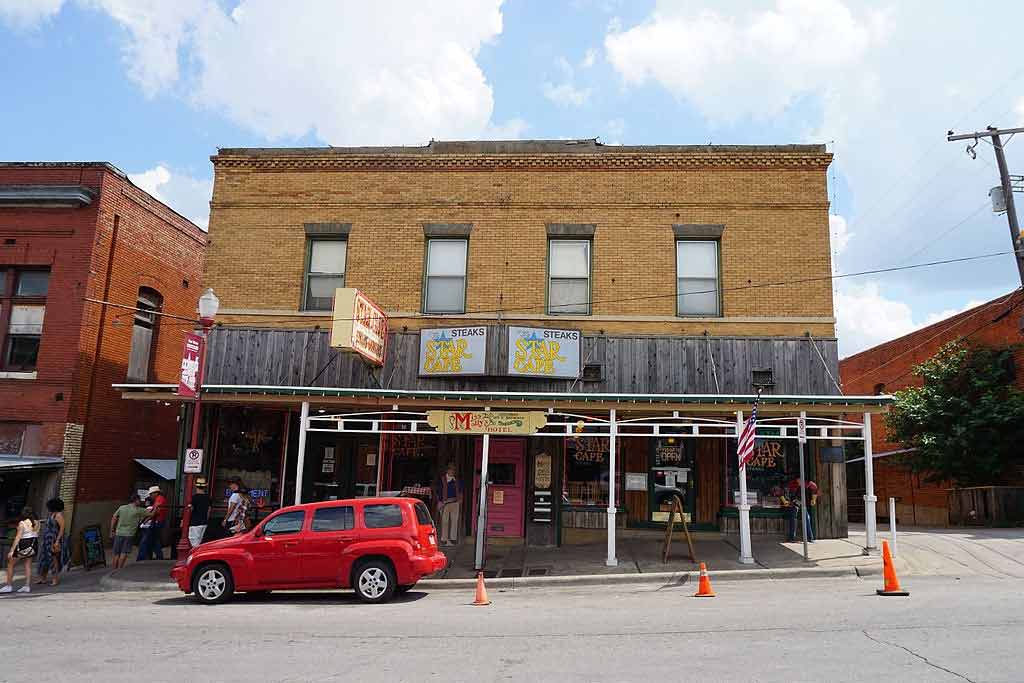 This haunted hotel in Texas was once a boarding house in the early 1900s. Guests have reported cold spots, strange sounds, and items disappearing and reappearing in their rooms. "The Cowboy Room” is said to be the most haunted of the eight guest rooms at Miss Molly’s Hotel. Even if you don’t experience paranormal activity, you’ll surely enjoy the antiques and vintage decor.

Book A Room At Miss Molly's 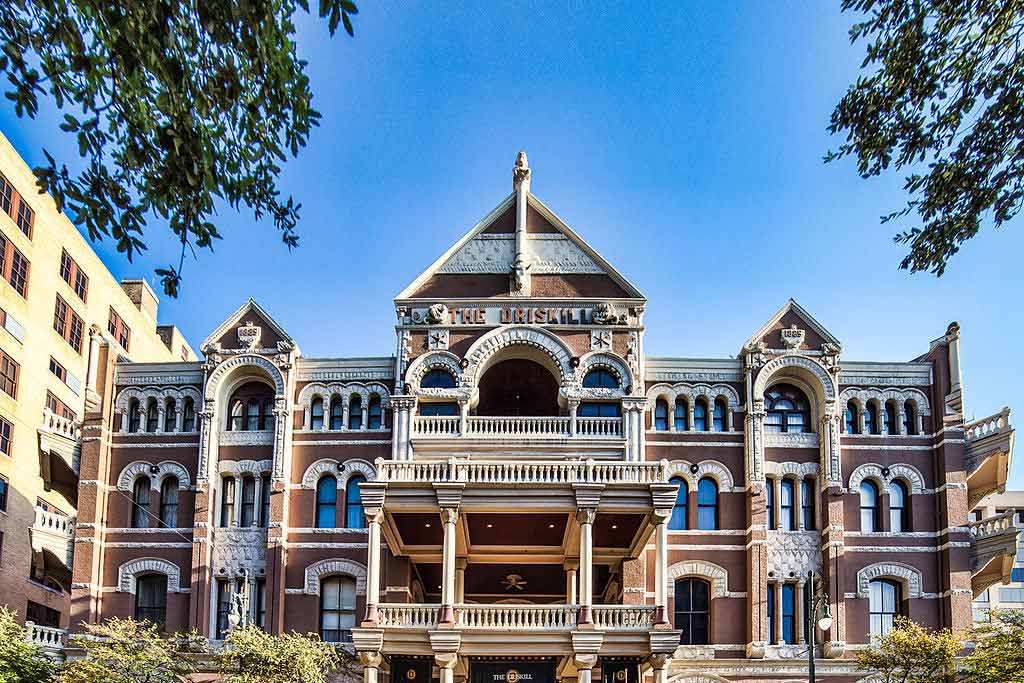 Built in 1886, The Driskill is the oldest operating hotel in Austin, Texas. For an extra spooky night, stay in the hotels most haunted room (525). This room was the very spot in which two honeymooning brides commit suicide on the same day, twenty years apart. The hotel is also said to home to the ghost of a young child who fell to her death on the hotel's staircase. Others report seeing the spirit of Colonel Driskill himself.

Book A Room At The Driskill 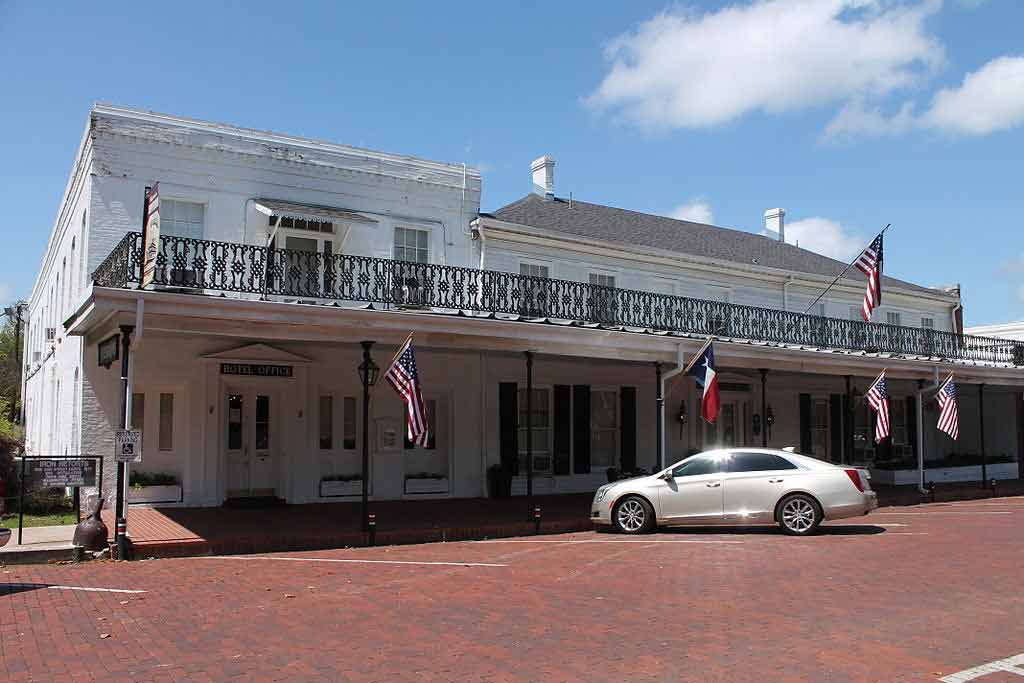 Room 215, The Jay Gould Room, is said to be the haunted hotspot of the Excelsior Hotel. Supposedly, the rocking chairs rock on their own and cigar smell appears out of nowhere. If you don’t believe us, take the word of Steven Spielberg. Apparently while filming the movie Sugarland Express, the filmmaker had a creepy paranormal experience in his room. He packed his bags and left in the middle of the night. I'm sure he would agree this property is one of the most haunted places to stay in Texas.

Book A Room At The Excelsior House

“I swear my room was haunted. I made everyone wake up, pack up, and get back in the cars at about two o’clock in the morning. We had to drive 20 miles to the nearest Holiday Inn, and everybody was hot at me. I should add that I am not normally superstitious.” 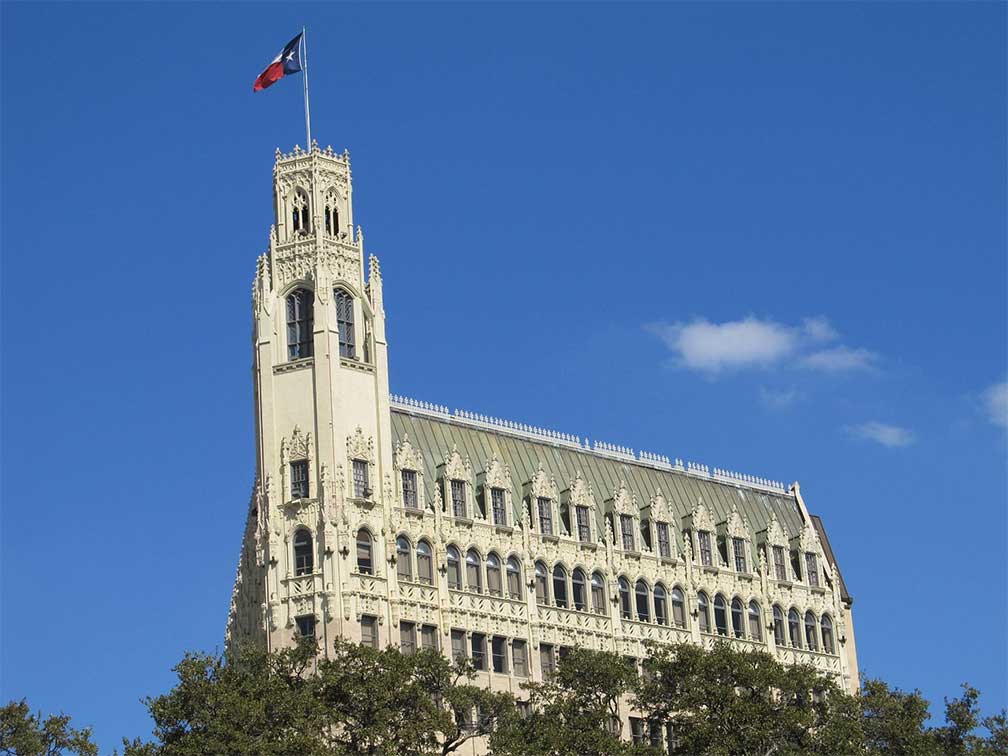 The Emily Morgan is a boutique hotel located right across from the Alamo. The hotel was formerly a hospital that was fully equipped with a crematorium and psychiatric ward. It's no wonder there is so much strange energy floating around this place. There have been several reports of odd noises, bath jets turning on by themselves, and unexplainable paranormal activity.

Book A Room At The Emily Morgan Hotel

Have you ever stayed in a haunted hotel? Which of these hotels in Texas sounds the spookiest?